Home Special Story Panzer – a puppy who barely made it – but he did!

Panzer – a puppy who barely made it – but he did!

Panzer came to SCGSR as a very sick little puppy who wasn’t able to digest his food properly. His growth was stunted and he had barely enough energy to let you know he loved you. We tried and tried, vet visit after vet visit, and test after test couldn’t explain his problems. Finally he had to have an ultrasound. His abdomen and chest were full of fluids that shouldn’t be there. None of the vets could give us any reason, all his other test results were perfect.

So we did what rescuers do – we put on our eyeglasses, read up on nutrition, got out our meat grinder and put Panzer on a chicken-based raw diet. One volunteer ground the chicken and froze it, and Panzer’s foster mom poored it out for him at each meal, trying not to gag. Vegetarians. You know.

In about a week you could see the difference in Panzer. He was playing more, his body was digesting his food, and he began to grow. Then the magic happened – a complete turn around for this beautiful baby boy. After about 6 weeks, he was weaned back onto a grain-free, high quality kibble and turned into the beautiful dog you see today. 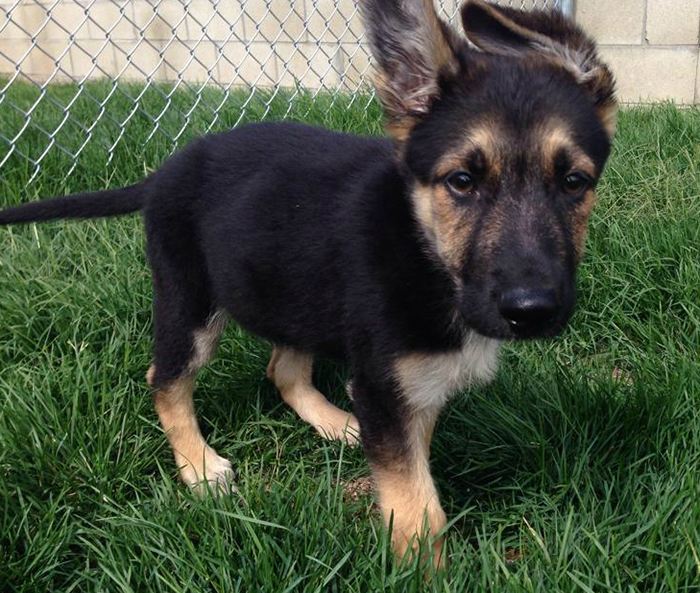 Terribly ill baby, bred in Mexico and brought across the border. 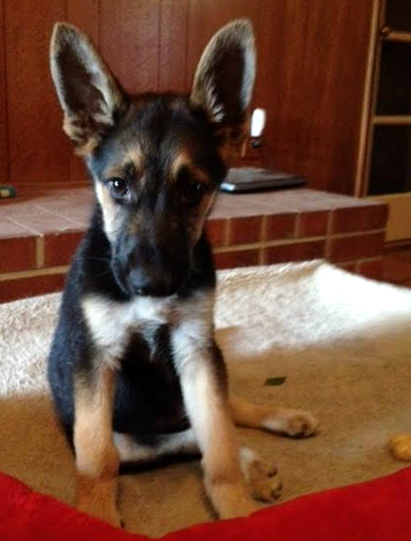 Panzer is trying to grow but his abdomen and chest fill with fluid. 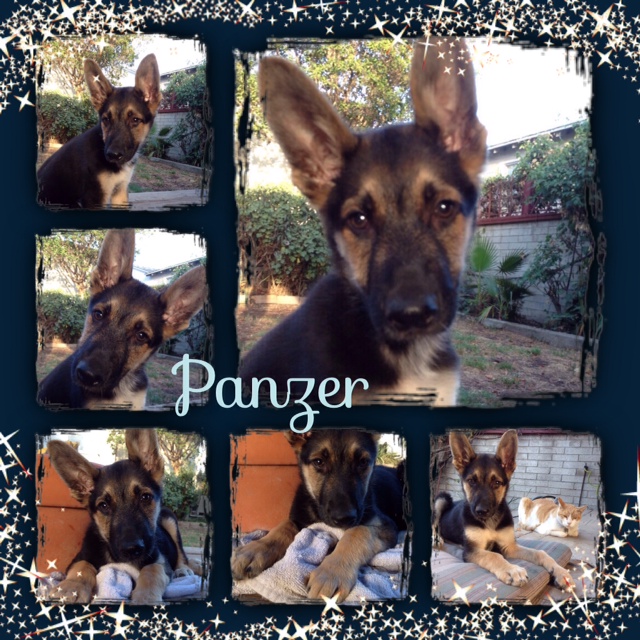 Panzer’s foster mommy loved him dearly and worked so hard to help him. 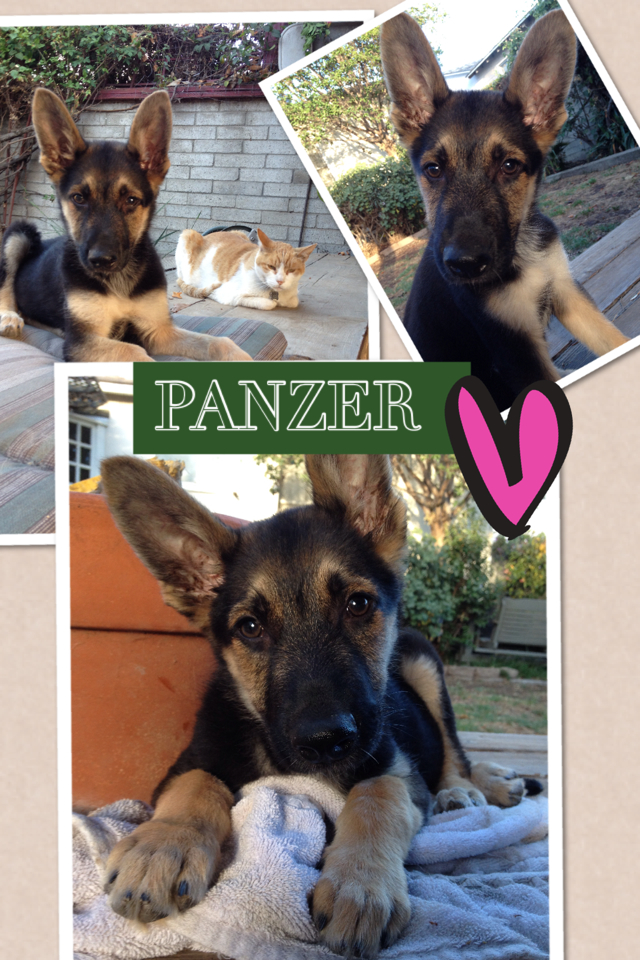 Panzer had an ultrasound. 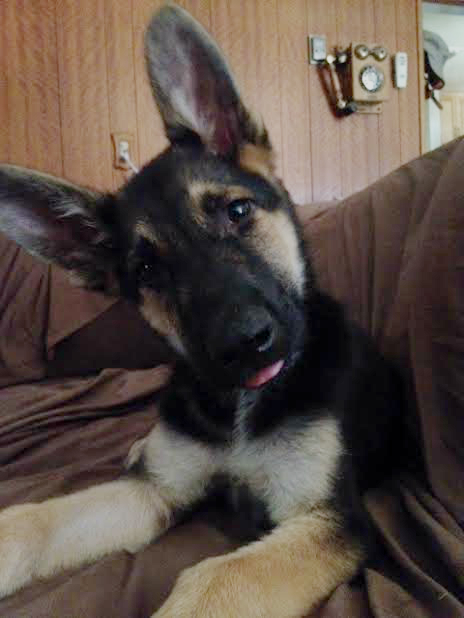 He started on a raw diet. 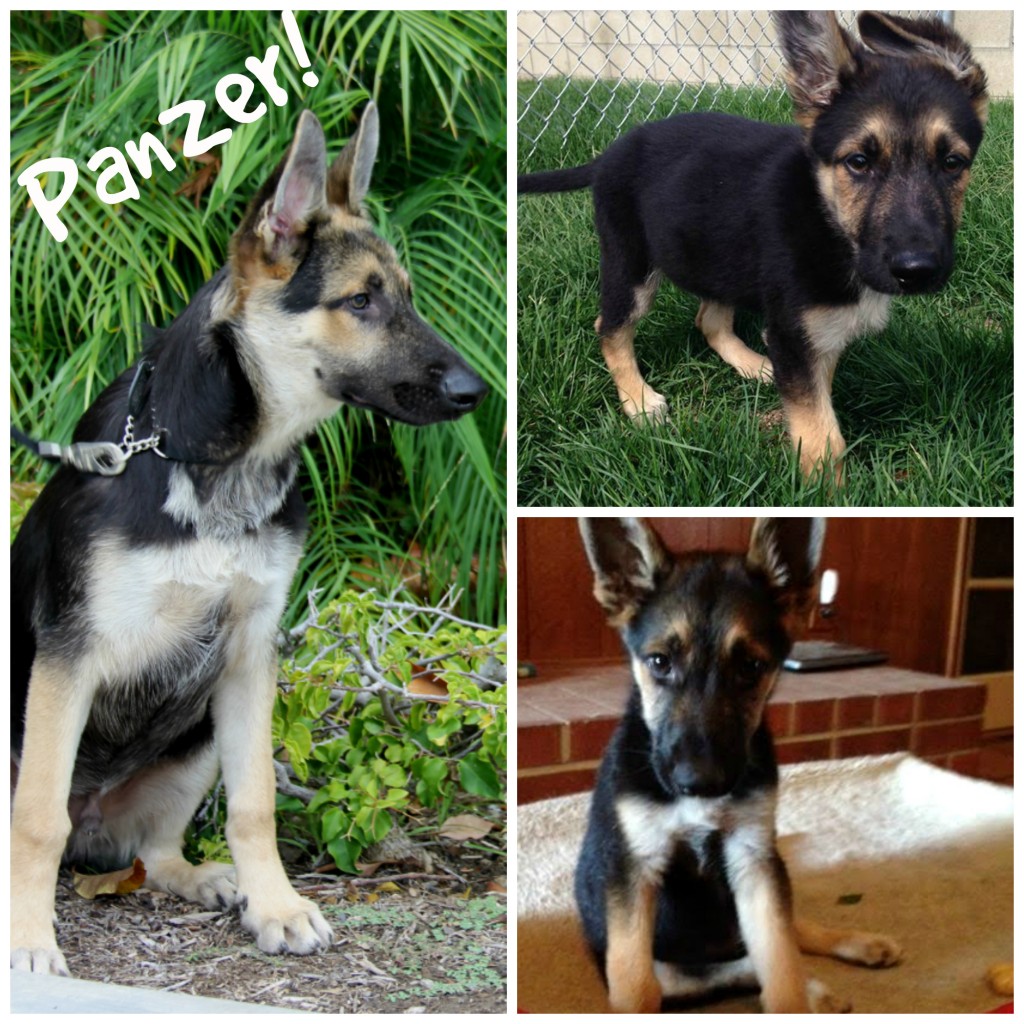 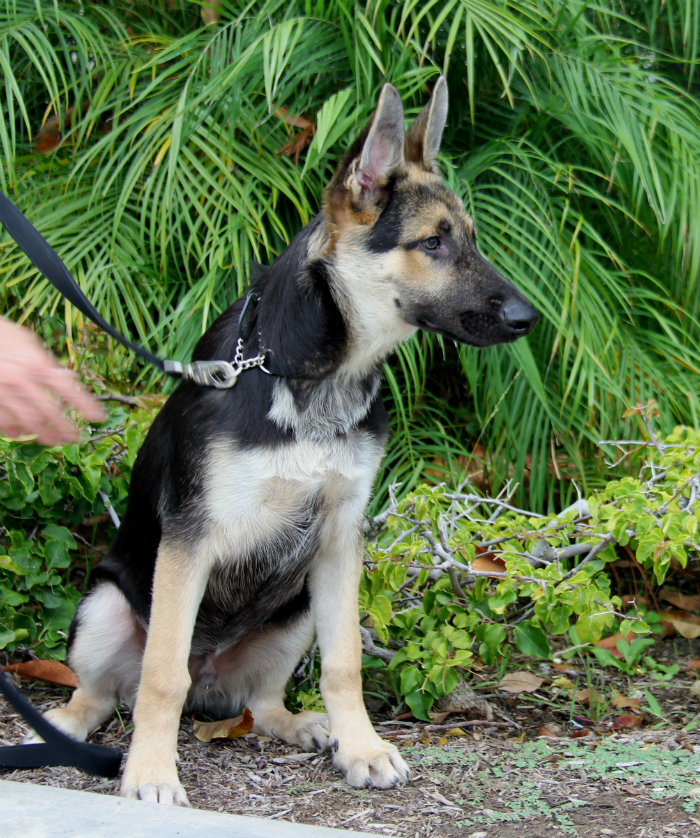 He got healthy and caught up on his growth! 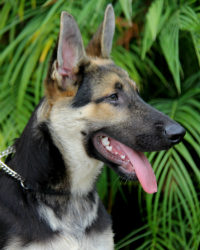 All grown up and adopted.