Kenzie Blue is a darling, three-ish month who ended up in a shelter with a parvo diagnosis, a true death sentence if not for rescue. After spending four days being spoiled in the hospital, she’s all better and thriving. Kenzie is very vocal, fast, and confident and her foster mom calls her a ninja. She holds her own against her German Shepherd foster brothers and sisters. She has proven herself to be too much for tiny dogs. If she’s unhappy, everyone in the neighborhood will know about it – no apartments or condos for this girl, she needs room and good fencing with no gaps. If you expect to be the boss, Kenzie will put you in your place for sure. She has the temperament of a Husky, we believe she’s a smaller breed called an Alaskan Klee Kai. We’ve ordered a DNA test for her! But her personality is all Husky.

SCGSR does everything possible to ensure that puppies are going to happy, loving homes where they will live out their lives. Expect to be put through your paces in the adoption process! Kenzie will be adopted to the San Diego area only so that SCGSR can continue to support her family post-adoption. 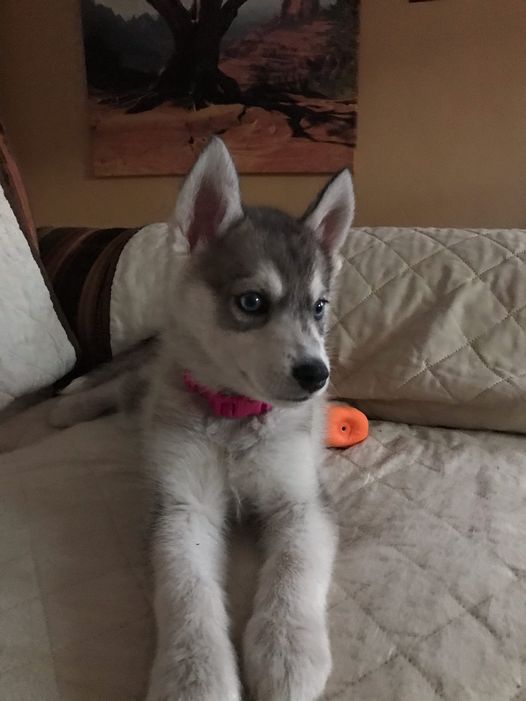 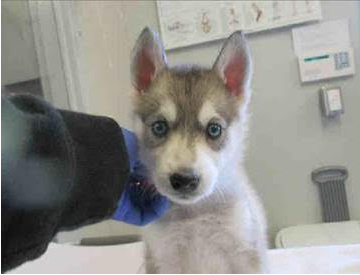 Kenzie at the shelter. 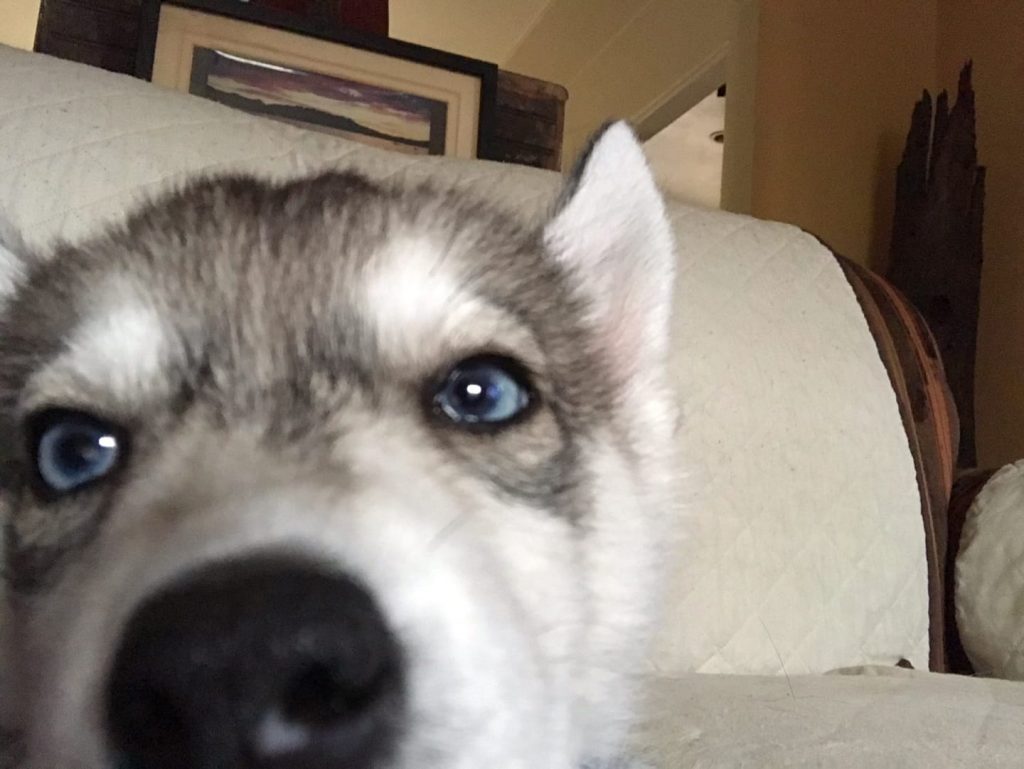