Otto was adopted by our founder Marcy, after being rescued from the Chula Vista shelter in 2007.  The shelter believed Otto was deaf.  He wasn’t, but in that special German Shepherd way, he could completely turn off his hearing at will!  Otto was always up for an adventure and was an accomplished and fervent door dasher.   His major accomplishment was taking five other dogs on a tour of his home town while his mom drove all over collecting his gang, he was quite proud of himself.  Otto loved all people and was a bit forward with the ladies, he could plant a paw and a kiss at the same time.  He was a wonderful foster brother to many dogs and helped them transition into their own forever homes.  He protected his mom, and he spent his days keeping his toys away from his brother Rusty.  Otto passed from this world in September 2016, but his spirit lives on in a lot of hearts. 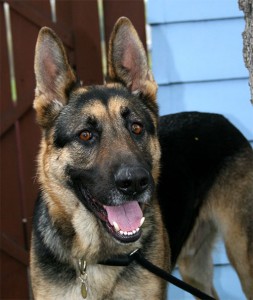 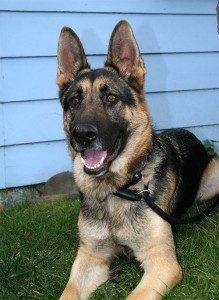 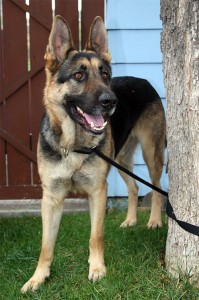